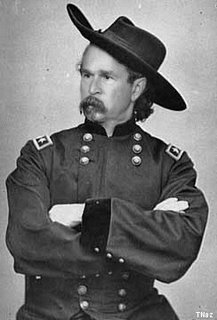 "I believe that if we had and would keep our dirty, bloody, dollar soaked fingers out of the business of these [Third World] nations so full of depressed, exploited people, they will arrive at a solution of their own. And if unfortunately their revolution must be of the violent type because the 'haves' refuse to share with the 'have-nots' by any peaceful method, at least what they get will be their own, and not the American style, which they don't want and above all don't want crammed down their throats by Americans."
-General David Shoup, United States Marine Commandant Retired, 1966

November 11, 1918 was the end of the “war to end all wars”. And the date became a holiday called Armistice Day, later renamed Veteran’s Day to honor those who were part of the many wars that followed. Honoring veterans is a noble idea. But we must ask why there have been so many more wars after the Armistice. And why some of them were started by deceptions that were abetted by a news media owned by companies that stood to profit from the wars. But most of all we must ask why it is that those who beat the drums for war the loudest aren’t on the front lines fighting it. This is nothing new of course. The old men who thought up this current war all managed to avoid the front lines of Vietnam, although they no doubt supported that disastrous conflict. The tradition of a ruling class avoiding combat goes back to at least the Civil War. We read the following passage from Howard Zinn’s “A People’s History of the United States”:

So much so, that we learn the Northern industrialist robber barons could buy their family’s way out of military duty in the war. J.P. Morgan paid 300 dollars for a substitute to go off to war in his place. James Mellon was told by his father that “a man may be a patriot without risking his own life or sacrificing his health. There are plenty of lives less valuable”. That attitude is more alive than ever. And here’s the kicker: it is most alive in the people that have the gall not only to talk about supporting the troops, but to claim that those opposed to their war, the one they refuse to fight in, are on the side of the enemy! The only thing I can hear them saying is “Bleed for me and shut up about it”. To which I reply, “you want a war, you fight in it.” This of course, falls on deaf ears. Which leads to the inevitable conclusion: Support the troops, kill a chickenhawk. Smedley Butler said it best: WAR IS A RACKET.
Posted by Ernesto Del Mundo at 4:55 PM 2 comments: