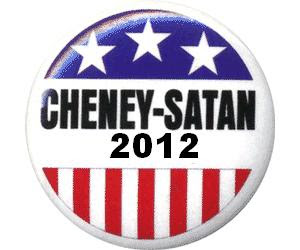 The odds remain against any kind of mega reform and so from that perspective there's probably upside to these managed care names.
~ Tim Nelson, analyst with First American Funds, describing why you should buy stock in companies that are complicit in the deaths of 45,000 Americans every year.

If the state of affairs in U.S. politics these days does not make you physically ill, you have the stomach of a conservative. And a corresponding lack of humanity. As I have said many times, as indifferent as the Democrats have been lately to the majority of people in this country, the Republicans are that much worse in their outright hostility. Amazingly, President Barack Obama is determined to see the goodness of the Republian heart and still has an abiding belief that they are reasonable people (or he is just cozying up to the same campaign cash trough as they).

The latest kick to the groin of the Democratic base by the "Rham-bama" administration arrived recently in the form of a massive taxpayer handout to price-gouging insurance cartels disguised as the official Presidential "health care reform" plan. What a heaping load of betrayal this thing is. Just like NAFTA, it has DLC fingerprints all over it, and like NAFTA, it is a means of degrading the lives of working people in favor of large corporate campaign sponsors. In another sign of how low our expectations have become, no one was surprised that it lacked a public option that would provide competition with the profiteers. What was a bit of a surprise was an increase in the take from our pockets to the HMO's profit margins.

This plan is so lame and ultimately useless as "reform" it could well have been written by a Republican. It would most certainly be supported by a majority of Republicans in congress if it were proposed by a Republican president. Since it was not, not a single Republican will support it. You see, they might be lying, hypocritcal, nasty, misanthopic pricks but they are extremely disciplined and loyal lying, hypocritcal, nasty, misanthopic pricks. Which is why Rhambama is in a lose/lose situation when it comes to this disastrous strategy of trying to get a Republican on board with anything these days. Even if it were to garner the incredibly hard target of one or two Republican votes it is still a shitty bill that won't energize the Democrat base. The only smart strategy here is to offer this to the Republicans, watch them reject it, then announce to the world that you tried so hard to make concessions to the Republicans, but they refused to work with you. Then announce that you will do what the clear majority of Americans WANT and scrap all the insurance company give-aways, add the public option and pass the bill through reconciliation. If this happens, and if a similar tack is taken in dealing with unemployment, we will see a strong resurgence in the Democrat's chances in November.

What I fear will happen instead is the DLC strategy prevails and the two parties continue to be the evil of two lessers, locked in a death struggle for campaign cash from the corporate interests that are literally killing this country and its economy. People want universal health care, yet we get another industry bailout. People want the wars to end, yet they still go on. People want the Wall Street predators reigned in, yet they still are making the rules and getting bonus money instead of jail time.

The only answer to having no viable alternative in the voting booth is to finally address the only thing standing in the way of change we can actually believe in: we must end the pay-for-play system of government we are currently suffering from.
Posted by Ernesto Del Mundo at 3:15 PM 4 comments: 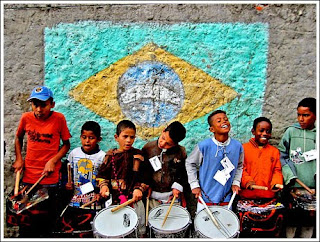 It's good to teach the world's fortunate people from time to time, if only to shame their pride for a single moment. Because there are higher forms of happiness than theirs, on a grander scale, and more delicate.

One of the reasons I love to travel is to have my badly-battered faith in humanity restored by coming in contact with other cultures. It does my cynical heart good to know that there is still hope in the world, if not in this country. Yes, the rest of the world can offer us much, but perhaps the most important thing they can do is force us to take a good look at ourselves. Americans can be an ugly lot when representing this country abroad, as residents of Vancouver, British Columbia, Canada are probably finding out all too well these days. We really need to chill and stop looking at everyone and everything in materialistic terms. I think it would do wonders for our collective psyche and individual psyches for a sea change to occur in our way of thinking.

Let me offer one example from my own experience. Many years ago I attended a conference/tourist junket to Rio de Janiero. There were lavish lunches and dinners, a hotel rooftop pool, and pulsating nightlife excursions which are de rigueur for these types of trips. But the thing I took the most joy from and which I recall most fondly of all my time there was an afternoon of playing frisbee and volleyball with local kids hanging out at the beach. There was a human connection there that was so simple and pure, a familial bonding with people I had never met before and didn't know me or want anything from me besides a moment of camaraderie. Yet this was a feeling totally lacking from the circle of associates that I was travelling with. It made me look at myself in terms of what my value system had become under the influence of American society. It shook me out of my comfort zone and into questioning what I had accomplished in real terms, human terms...which is the only yardstick we should be using to measure our progress. That experience always stuck with me and continues to define my belief that a much better world is possible if enough of us "ugly Americans" would spend more time looking in the mirror.
Posted by Ernesto Del Mundo at 9:40 AM 4 comments:

We Love to Kill People 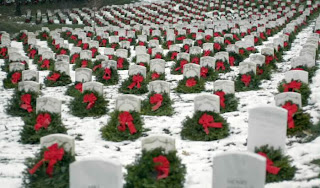 "We the people of the United States, in order to form a more perfect union, establish justice, insure domestic tranquility, provide for the common defense, promote the general welfare, and secure the blessings of liberty to ourselves and our posterity, do ordain and establish this Constitution for the United States of America."

The recent demise of anything even pretending to be health care reform in the congress of the Unites States is yet another clear indication of the failure of capitalism in its present form to live up to the ideals of the Founding Fathers and the vision of many of their descendents in what this country should be about. Promote the general welfare? We simply cannot afford it! Providing for the common defense? That only includes making wars, not saving people's lives at home from illness!!

Yet 45,000 Americans will die this year because we will not provide them with health care. This is almost twenty times as many as died in the terrorist attacks of 2001. Where are the memorials for these preventable deaths?
Posted by Ernesto Del Mundo at 12:56 PM 2 comments:

Love's Gonna Get Ya

In honor of Valentines Day...

"I be telling you all the time man, you know LOVE,
that word love is a very serious thing, and if you don't watch out
I tell ya that (Love's gonna get you)
because a lot of people out here say "i love my car" or "i love my chain"
or or "i'm i'm just in love with that girl over there"
so far all the people out there that fall in love with material items
we gonna bump the beat a lil' something like this..."
Posted by Ernesto Del Mundo at 9:51 PM No comments: 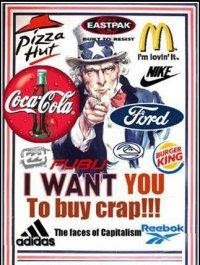 ~Mystic Revealers, "Got to be a Better Way"

I'm done with capitalism. Not only does it contain all the tragic scenarios that come with being the predatory phase of human development, and not only is it unsustainable due to its exhaustive exploitation of resources both human and natural, but it is getting just plain boring. No bigger annual example of marketing schemas exists than the Super Bowl commercials and this year I was forced to watch most of them since I attended a Super Bowl party and could not bolt the room during every commercial break like I wanted to, or flip channels via remote like I do within the cozy confines of my own vegetative viewing domain.

In a word, they were flat. In two words, they were played out. They reminded me of any Hollywood sequel of a sequel. Unimaginative, formulaic, predictable, tame and the opposite of anything that might actually offend someone, which is what worthwhile artistic endeavours never fail to do. Then it hit me. This is exactly the current state of our society, politically, socially, artistically. Everyone is too busy trying to sell something to take a chance on offending the most conservative senses of the marketplace. We are the land of the safe and the home of the tame. Then there was the other supposedly culturally iconic halftime show. It consisted of a band that was cutting edge...in 1965. I'm not even exaggerating, either.

Then something else occurred to me, selling stuff can't be revolutionary because, well because you're SELLING stuff, which is what this great country is all about and has been since the days of snake oil salesmen and faith healers. It is our most hallowed tradition, the freedom to buy stuff and the liberty to charge a little extra for it. P.T. Barnum has turned to dust, but his axiom is still keeping the economy chugging, or in these days more like wheezing, along. Sputtering and wracked with arthritis, very much like its entertainment institutions. Is it finally, mercifully on its last legs?
Posted by Ernesto Del Mundo at 4:32 PM 7 comments: