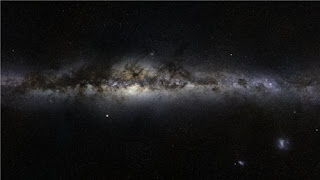 Shortly will another year
Pass away and disappear
Set thine house in order, man
Life is but a fleeting span

The end of another year is usually the time to look back at the momentous events of the past 12 months. It is also the time to take stock of one's mortality, especially if that one is at the post-child rearing, looking-forward-to-retirement in another decade or two age. And with thoughts of mortality comes the question of what's next after mortality.

To fully explore my current state of mind on this subject, it is helpful to go back to the beginning of my religious indoctrination. We are all subject to this, every child in every society. It is a tradition and, like our political views, our religious beliefs are inculcated by our parents and then either accepted without question and clung to forever, or rejected. Or something in between.

As a child I was raised "Roman Catholic". This was my parents' religion, and it was of course, their parents' religion. But my mother had a falling out with some priest over some issue before I was born, so we didn't attend church regularly. My mother's mantra was "I believe in God, but I don't believe in the Church". Although I was baptized and went to catechism, my religious experience was pretty much limited to praying every night to a small statue of the Virgin Mary on a bureau in my room. I prayed the Lord's prayer and often added an addendum prayer to please watch over me and my family. Sometimes I would make a special request, such as asking to let me do well in a little league baseball game the next day. Eventually, I developed a social conscience, and my faith in religion as a force of good was severely eroded by the wars and suffering it caused. Then there were the unsettling questions like how there could be so many religions if there was only one God. The realization came to me that religion was a ritualized superstition, gradually discarded as I got older and more widely-read. Prayer was left unsaid except for an emergency, basically when someone's life was in danger and science and technology in their current state were being stretched to the limit. My faith had gradually been transferred to laws of physics as I learned of them and better understood them. The supernatural was still lurking there behind the curtains of the natural world.

So it remained until my final religious epiphany came. Fittingly, it happened on a mountaintop. A mountaintop dedicated to scientific exploration; Cero Tololo in northern Chile, an observatory overlooking the Pacific Ocean. With little humidity, far from any cities, and at several thousand feet elevation, the sky is dark. So dark that the Milky Way galaxay, our island of life and light in the vast and eternal darkness of space, casts a shadow on the ground when the center of the galaxy shines directly overhead. From this perspective, you can see our galaxy as any other more distant edge on galaxy. There are one hundred billion galaxies like ours, with one hundred billion stars each. The image presented is profound and awe inspiring to the very core of your being. What are the odds we are the only ones alive and that someone, somewhere else isn't looking back from this void? I was inspired to write a poem from this experience.

But this infinite power
Whose sparse molecules shined above
Gave nothing more of an answer than
Overpowering, Silent Ambivalence

Love in a vacuum
Redemption in space


Our molecules, in fact all elements heavier than hydrogen or helium, were forged by the pressure and heat at the center of a long dead star. That, and many other wondrous processes described by the laws of physics, is how and why we exist. We need no other purpose than that we appoint to ourselves, for better or worse. The concept of religion became something new, and something very distant on the night I got my answer on that mountain.
Posted by Ernesto Del Mundo at 12:43 PM 10 comments:

Change you Can Deceive With? 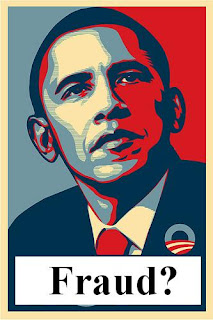 Well, you knew it was coming. The day of reckoning. And I'm not talking about November 2010 and the mid-term elections. I'm talking about the growing feeling that President Obama has become one of THEM, rather than one of US. A Washington insider/Wall Street water carrier like all his predecessors, which he promised not to be (like all his predecessors). I must admit, I never expected a radical change from what had gone before. If you go back and read some of what I wrote in 2008, you will see that I never expected even a slight change in the most importnant policies. So I am not disappointed.

No, I never believed in much of Candidate Barack Obama's promises to forge a new kinder, gentler brand of capitalistic economy. Only young, idealistic people who hadn't been around long enough to become old and cynical actually fell for the schtick. Now they are learning the hard way, the Rahm Emmanuel way, of how it is Wall Street uber alles. And the rest of us get no bailout, only empty speeches.

What irks me is not the fact that it is business as usual. What irks me is that there is no need for business as usual and every need to break with the past. There is a dramatic, pressing need to chart a bold new course away from the Wall Street chicanary and towards a self-sustaining economy based on paying people a living wage. Candidate Barack Obama needs to find President Barack Obama and give him a good dose of soaring rhetoric from last year's campaign trail. Or forget them both and let's exhume the withering, skeletal remains of Franklin Delano Roosevelt to give some life to actual change worth believing in.

As it stands, there's far too many entrenched, powerful bastions of corruption in the way of real reform. What is making people angry these days is the lack of fire coming from the White House directed at these bastions, and the unnecessary capitulations towards them without putting up any fight whatsoever.

Then there is the whole, baffling effort at bi-partisanship. What is the point of trying to placate people who will not only never support you, but actually do everything they could to obstruct what you are trying to do? That doesn't make you look magnanimous, it makes you look WEAK, if not downright foolish. The lastest fiasco along these lines is another disgusting cave-in to Joe Lieberman. Instead of letting him play God with thousands of peoples' lives, Obama should tell him to get on board...or else. Remind him that you gave him support in his primary challenge and that he was allowed to keep committe chairs DESPITE his campaigning for Republicans. Tell him that his ass is OUT and that every Democratic resource will be used AGAINST him in 2012 if he decides to oppose actual health care reform. This is supposedly the Rahm way of doing things. We need to see some of that right now. Or else you can bring back the Republicans in 2010 and the country can go into a real depression. Torches and pitchforks, anyone?
Posted by Ernesto Del Mundo at 10:43 AM 4 comments:

Santa's Elves: Always on the Move 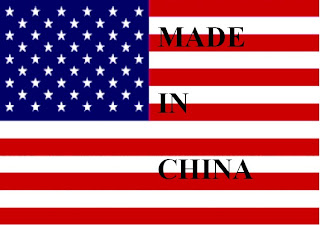 Ahh the Christmas season, when the birth of the almost-officially state-sanctioned Messiah is honored by the mass purchase of toxic-painted plastic from across the wide, wide ocean. As one of the Wise Men said, "cheap labor maketh the world go 'round". And so those good, sturdy Taiwanese and Mexican toys we fondly recall from our youth are now a memory. One wonders where in the world the source of our grandkids' amusement will come from when such junk can be churned out more quickly and cheaply in another dank and dangerous elve's sweatshop.
Posted by Ernesto Del Mundo at 5:11 PM No comments: