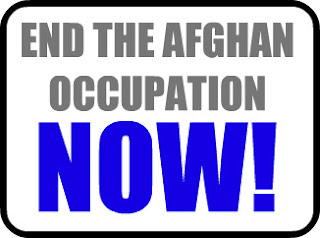 Call 202-456-1111 ASAP and tell the President to dial back the Cheney/Bush looting of the treasury and sacrificing on the altar of the MIC even one more life in a self-defeating war. End the bullshit. Now.
Posted by Ernesto Del Mundo at 7:59 AM 2 comments:

Half the Story Has Never Been Told (Until Now)

Thanks to Howard Zinn for writing the definitive "People's History of the United States" and bringing this work to television next month on the History Channel. For those unfamiliar with the book here's a quick review.

We have of course read countless versions of the standard scholastic historical texts telling us about the Founding Fathers throwing off the yoke of British colonialism, and establishing a paradise on earth of freedom and liberty. Here is the other, darker and more realistically detailed side of the story. A chapter titled "A Kind of Revolution" details the exact how and why of the merchant/plantation owner quest for self determination that resulted in annual commemorative fireworks displays. Similarly illuminating are chapters on the Civil War, which was fought at least as much for the interests of northern industrialists as it was for the issue of slavery, and the mobilization of workers during the awful conditions of exploitation in the late 19th/early 20th century industrial age. The epic labor struggles are included here and are from a perspective that is seldom if ever seen; that of those on the other side of the National Guard bayonet charges. Yes, believe it or not, governors and presidents of these United States used our own military to crush strikes and kill workers at that time. Why is this part of U.S. history barely mentioned or completely ommitted from most history texts? Later chapters bring us up to date on how both political parties have essentially melded into one when it comes to foreign policy and the barons of Wall Street. A cursory look at the day's headlines proves the veracity of the line of reasoning that is present throughout the book. An added bonus is the classic quotes peppered throughout the text from all eras. These allow the voices from the other side of the story to be heard loud and clear across so many years. This should be required reading in all schools. But especially in those places that want to teach Creationism.

Go here to get more information on the upcoming TV show.
Posted by Ernesto Del Mundo at 10:13 AM 2 comments:

Please Don't Eff This Up (Any more than you have to) A quick couple requests of some top Democrats: Harry Reid would you for once in your life please stop being such an ineffectual wussie. Barack Obama would you please tell the Republicans to either get on board or go jump off a damn cliff already. Get this DONE and get it done THIS MONTH.